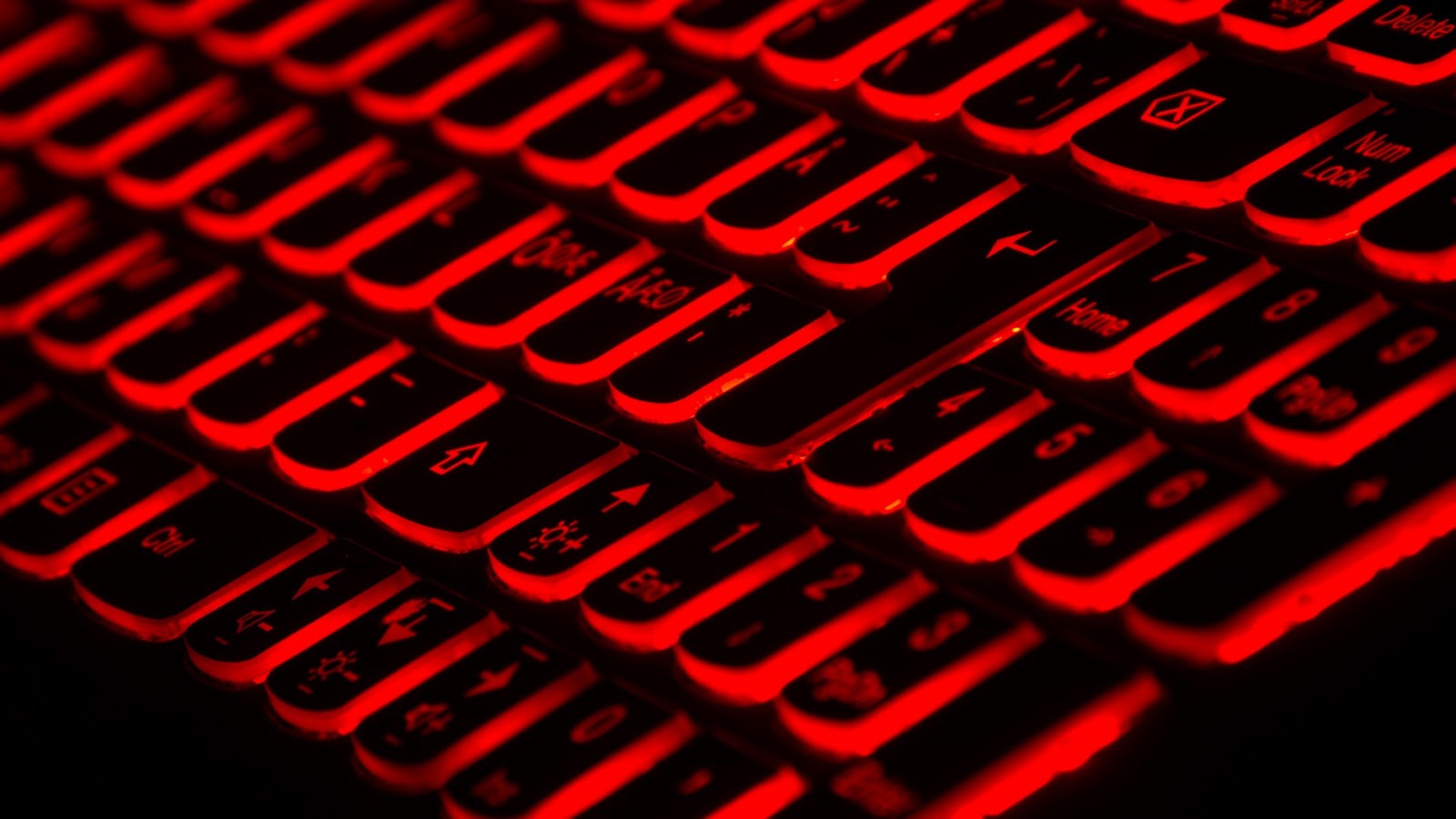 Photo by Taskin Ashiq on Unsplash

Last time, we talked about how to detect malware using YARA, and how to find YARA rules to use online: Malware Detection Using YARA.

But if you can’t find YARA rules published online that suit your needs, you’ll need to write your own rules instead!

You can find YarGen on Github here:

First, download the latest version of YarGen in the release section of its Github page and unzip the archive. The source code is available as a zip file or a tarball.

Next, make sure you have all the dependencies installed. You can run these commands:

Finally, cd into the YarGen directory and run the following command to download the built-in databases. The databases are saved into the ./dbs subdirectory.

YarGen has many options for rule generation. To see the command line parameters, you can run:

To use the included database for rules generation, you can simply run the command:

This command will scan and create rules for the malware files under PATH_TO_MALWARE_DIRECTORY. A file named yargen_rules.yar will be created in the current directory, containing the rules generated.

A YarGen rule can be either a simple rule or a super rule.

If multiple sample files are used, YarGen will try to identify the similarities between the samples and combine the identified strings into a “super rule”.

Super rules can be identified by a line in the meta section of the rule:

You can also suppress super rule creation by using the flag --nosuper:

In addition to --nosimple and --nosuper, there are plenty of other flags that you can use to customize the behavior of YarGen! In particular, let’s look at the flags that are going to influence how YarGen approaches rule creation and output.

Here are all of them from the YarGen help page:

YarGen gives each string a “score” based on its ability to indicate a malware file. The higher the score of a string, the higher the probability that files that contain it are malware files.

By default, YarGen does not include these “scores” for each string in the resulting rule file. To see how each string is scored, use the --score flag to output the scores as comments in the rule file.

The -rc (maxstrings) flag specifies the maximum number of strings to include in each rule. The default number is 20, which means that each rule will include up to 20 of the highest scoring strings.

The -z (min-score) flag determines the minimum score that a string needs to have in order to be included in the rule.

Now that we’ve generated a few YARA rules using YarGen, let’s dive into the rules and learn how to read it!

Each YARA rule generated via YarGen is composed of three sections: meta, strings, and condition. 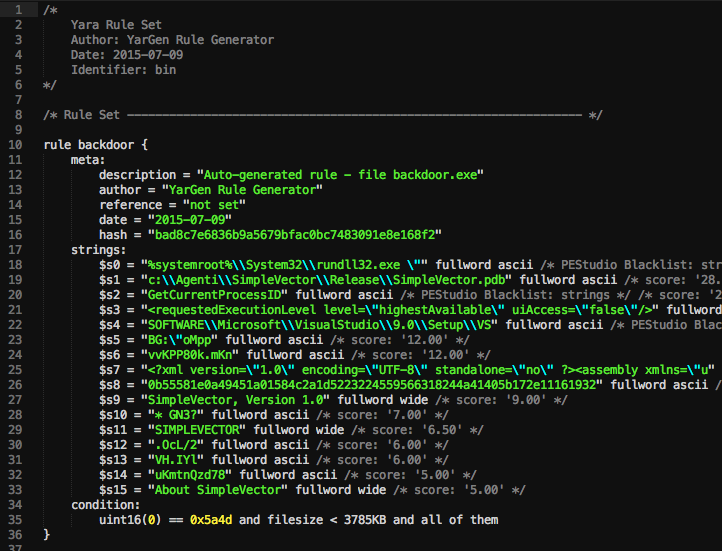 The “meta” section of a rule contains the description, author, reference, date, and hash of the rule. You can specify the author of the rule via the -a flag:

And you can specify the reference file or webpage of a rule via the -r flag:

The “strings” section of a rule specifies the strings that are used to identify that particular strain of malware. YarGen categorizes these rules based on the likelihood of them to be indicators of malware. There are three categories of these strings, marked by $s, $x, and $z.

Strings that start with $s (“Highly Specific Strings”) are very specific strings that will not appear in legitimate software. These strings can include malicious server addresses, the names of hacking tools and malware, hacking tool outputs, and typos in common strings. For example, sometimes malware files will contain misspelled words like “Micorsoft” or “Monnitor” when it tries to masquerade itself as legitimate software.

Strings that start with $x (“Specific Strings”) are likely to be indicators of malware files, but might also appear in legitimate files.

Lastly, strings that start with $z are likely to be ordinary but are not currently included in the goodware string database.

Conditions in YARA rules are boolean expressions that specify the additional conditions of that rule.

YarGen uses a combination of a magic header, file size, and strings for the condition section. For example, the conditions in the rule above specify that a file also needs to satisfy the following conditions to be classified as a “backdoor”:

To understand more types of conditions that can appear in YARA rules, please read the YARA documentation.